You are here: HomenextMemorabilianextBadgesnextBuzzcocks badge 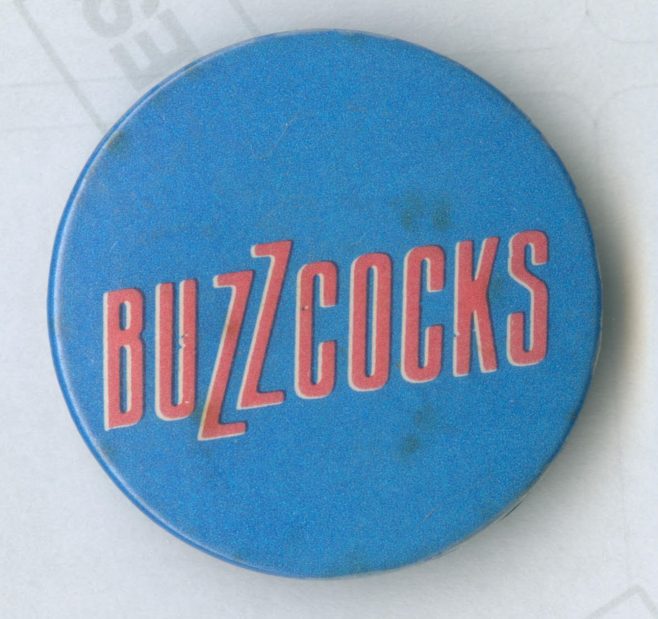 Courtesy of Phil Williams, who bought the badge and a Buzzcocks sticker from the band’s own merchandise stall in Malvern Winter Gardens. It was commissioned by the band’s own management (Richard Boon/New Hormones) and was produced as a limited edition by ‘Better Badges’ of London. Buzzcocks had a different coloured promotional badge made to coincide with every new record release. At the Malvern Winter Gardens gig of October 1978, they were promoting the single ‘Ever Fallen in Love’ and the album from which it came, ‘Love Bites’, which had a predominantly blue/red colour scheme. The previous single, ‘Love You More’, had a predominantly pink/purple colour scheme and so a pink/purple promotional badge was produced, and was available at gigs or from their offices in Manchester. This practice went on for at least 3 years and they produced at least 30 official promotional badges. Thanks to Phil Willams, for the images of the badge, the sticker and all the information.