You are here: HomenextMalvern Winter GardensnextA theatre for the people

A theatre for the people 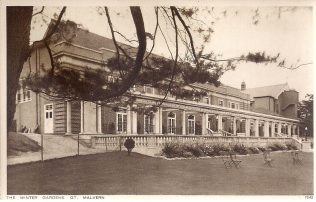 In 1927 the local district council bought the building, as a result of a tireless campaign led by much loved local GP Henry Jacob, who was determined that the privately-owned venue should belong to the people of the town.

There were two distinct performance areas: the Festival Theatre with permanent seating, reserved for drama and musical productions, and the Winter Gardens, a multi-purpose hall with a stage and temporary seating.