You are here: HomenextInterviewsnextWorking at the Winter Gardens

Working at the Winter Gardens 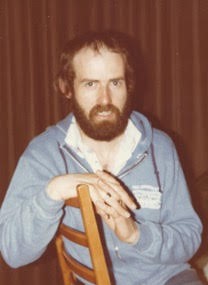 Stuart Davis talks about his job as a lighting technician at Malvern Winter Gardens in the 1970s. This recording is extracted from a longer interview, available by request from Rock Around the Hills.

Stuart studied photography at Birmingham College of Art and Design and then went into advertising photography. With Richard Jones, Stu was involved with creating light shows for bands at Malvern Youth Centre.  He worked with Cherry Red to promote bands at the Winter Gardens through the 1970s. Eventually he became Hall Supervisor, responsible for setting up events. Stu was also involved with the “Free Concerts” held on Malvern Link Common. When Malvern Council took over the Winter Gardens (now Malvern Theatres) in the mid-1980s, Stu became Technical Director. Over the years he has worked with many top musicians, actors and performers, and although now retired he still maintains his links with the Theatres.

Rock Around the Hills